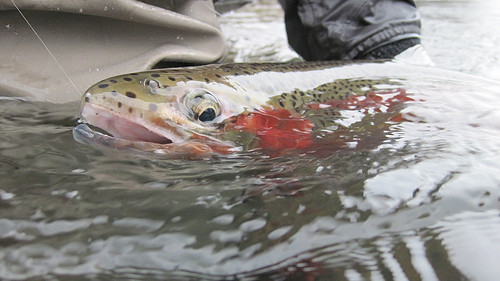 We have had an extremely mild winter here in Oregon, and with light snow pack, most rivers are running low and clear.  The lower McKenzie is no exception; it has been running at flows more typical of the late summer than the early spring.  One upside to all the balmy and dry weather we’ve had lately is that the McKenzie saw very little flooding this winter, as a result there was very little scouring of the stream bed, and the March Browns, caddises, and other bugs the trout eat, are showing in better than usual abundance. 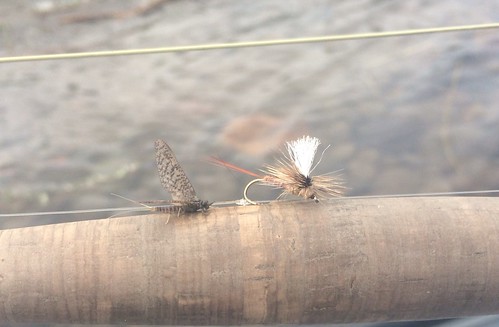 The March Brown hatch materializes every afternoon this time of year between 2 and 2:30, but the intensity of the hatch varies markedly from day to day.  Weather conditions seem to drive the density and duration of the hatch.  On bright and sunny days, caddises dominate the scene, and the March Brown hatch is relatively sparse and brief.  On overcast, stormy, and rainy afternoons, however, the March Browns will come out in force, and the hatch can last an hour or better.  When the conditions line up for a really good hatch, it makes for some exciting fishing; bringing most of the lower McKenzie’s wild trout population to the surface.  I was out fishing the lower river on two such days this week.  Each afternoon the weather was blustery, stormy, and cold, and these conditions made for great March Brown emergences.  When the March Browns started to litter the surface, dozens of big rainbows started to feed recklessly on adult insects, and we enjoyed some great dry fly fishing. 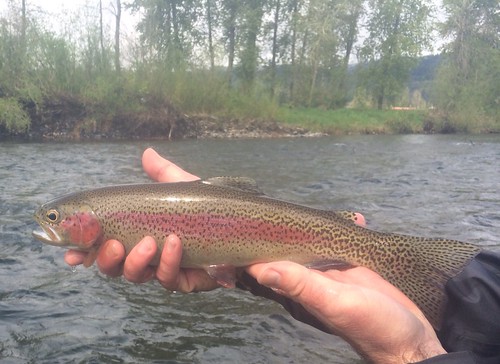 The March Brown hatch should persist for at least another 3 weeks.  As it starts to wane, we will see mixed hatches of Pink Lady and Pale Morning Dun mayflies, as well as the March Browns and small Grannom caddises. 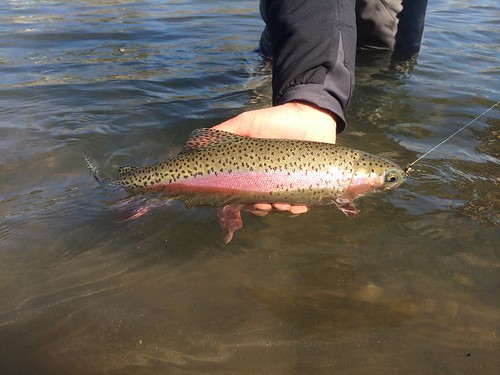 The Spring is arguably the best time of year to pursue wild rainbow and cutthroat trout on the lower McKenzie.  A typical day on the water generally involves fishing several different techniques in order to fish productively from early morning and through the day. In the morning when the weather and water are cooler, typically there isn’t much action near the surface or many bugs moving around.  Under these conditions, nymphing under an indicator will yield some really nice fish.  As the day progresses and warms, swinging wet fly emergers will start to bring some great tight line grabs and good action, and as the bugs start to show in good numbers, there is usually a good enough rise to make for productive dry fly fishing for a period of time.  It makes for a great day on the water, and is a great opportunity to hone a number of different skills in different water types. 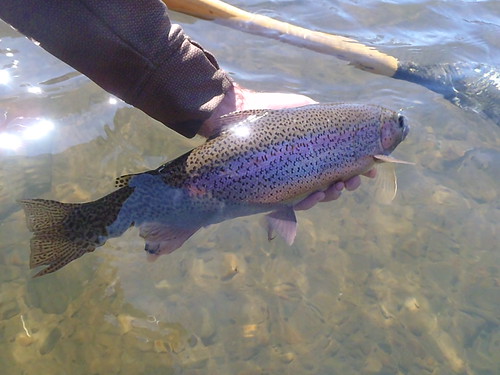 I still have a good deal of availability throughout the Spring season.  Please call or email to arrange a great day on the water!